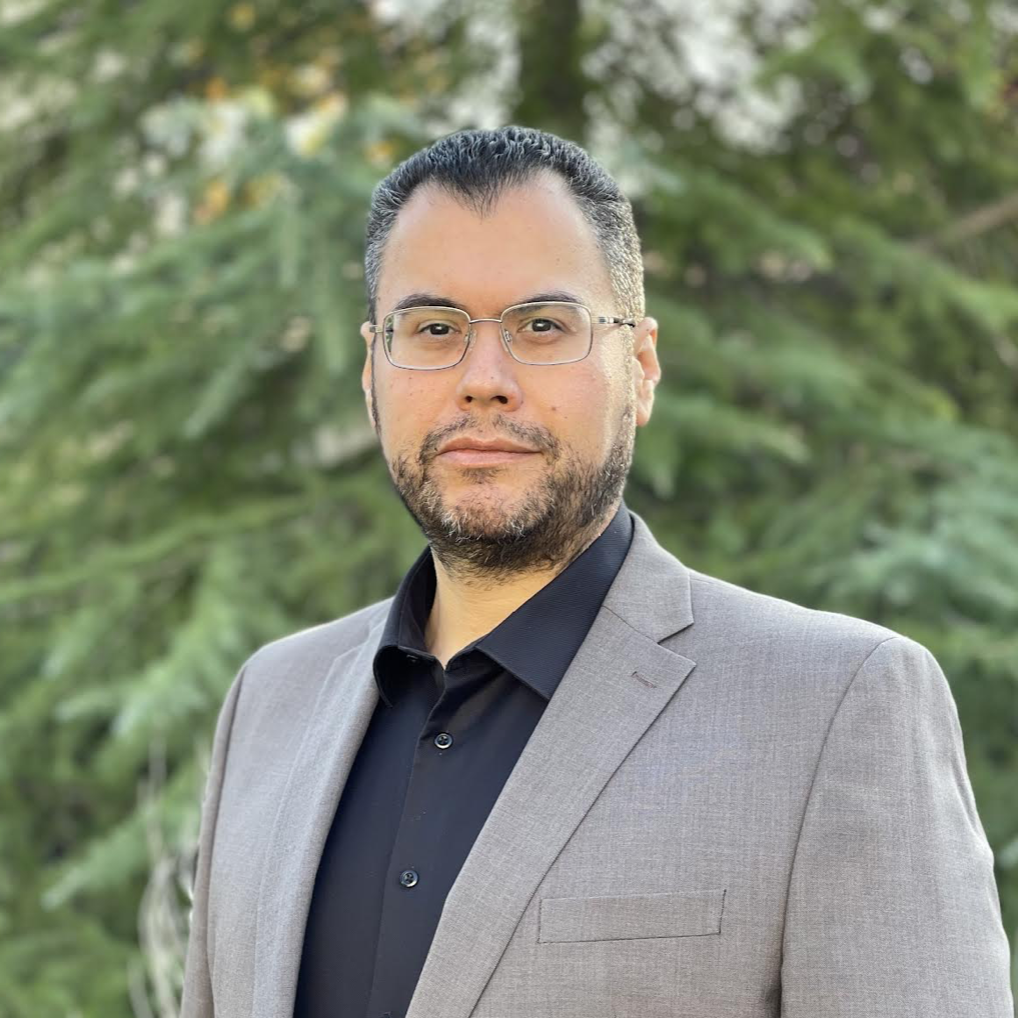 My life was busy but I always made time to develop further through audiobooks during long commutes to Los Angeles or San Diego from central Orange County. One day Audible recommended “SCRUM: The Art of Doing Twice the Work in Half the Time” by Jeff and JJ Sutherland in early 2014. It grabbed my attention. I downloaded it immediately and in under three days I finished the book! Once I started the book I started experimenting to learn more. The entire Scrum method consists of 11 major steps. 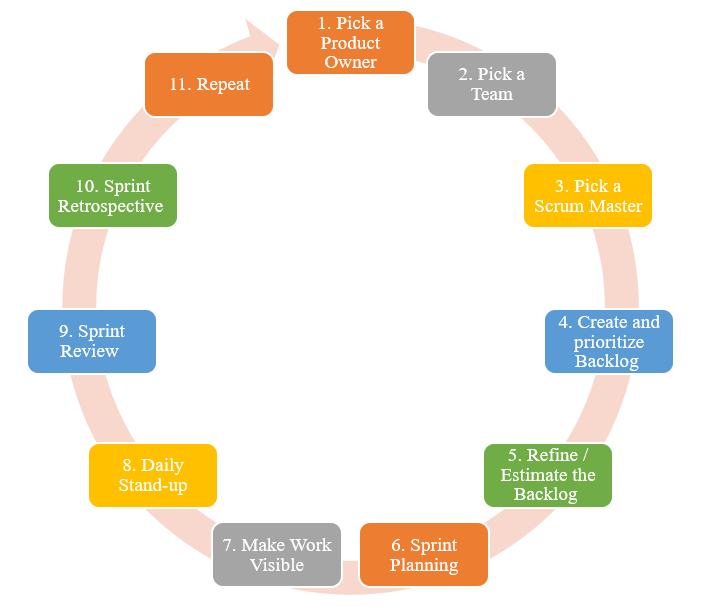 You will find these in the appendix of the book or in the current 19-page Scrum Guide. The book explains why Scrum works while the guide details how to apply it. Also, you’ll need a wall (or door in my case), some sticky notes and a marker to make your very own Scrum board. Now, it is time to dramatically increase your velocity and output. Here is a construction example involving change orders on a hard bid project. I applied the 11 major steps from the appendix of the book on a makeshift Scrum board and delivered 20 negotiated change orders in 10 work days that were billable that same month while still doing all my other daily work, job walks, and being off-site for meetings a day a week.

During my first one-day sprint at home with my 3-year-old son we got games, home chores, and legitimate fun done before dinner. This tiny test proved what Jeff Sutherland says about how to begin, “just start.” Start at home, start at work, start at school, start with a single project or major task. I continued using Scrum for more and more of my project work – Scrum more than doubled my capacity. I started simple, each sticky note single task was equal to a single point. My first sprints were five to eight point weeks and after six weeks I was consistently above 50 points a week without working any extra time.

Scrum changed how I worked and people noticed. I was shortly promoted to project manager and began serving on multiple company committees. Less than two years later I became a Certified ScrumMaster®. Sutherland told me I was the first from the construction industry, but wasn’t surprised since even Toyota was now sending people for Scrum Master certification. Becoming Agile was one of Toyota’s newest company initiatives. We spent hours talking about Lean Construction and how aligned the Scrum framework is for daily personal and team improvements. The Scrum Master role is mostly modeled from Toyota’s chief engineer and I moved “The Toyota Way” by Jeff Liker up on my reading list. That’s a topic for another post, I’ve read that book at least a dozen times and counting.

I smashed through my improvement plateau! I started with a velocity of less than 10 points per sprint that first week. By the time McCarthy promoted me to serve all our partners embarking on their Lean journeys, I was above sixty points a sprint. I was finally speeding.

If you want to sprint and more than double your capacity, visit this Trello website and click the top left card to download the free current Scrum Guide. 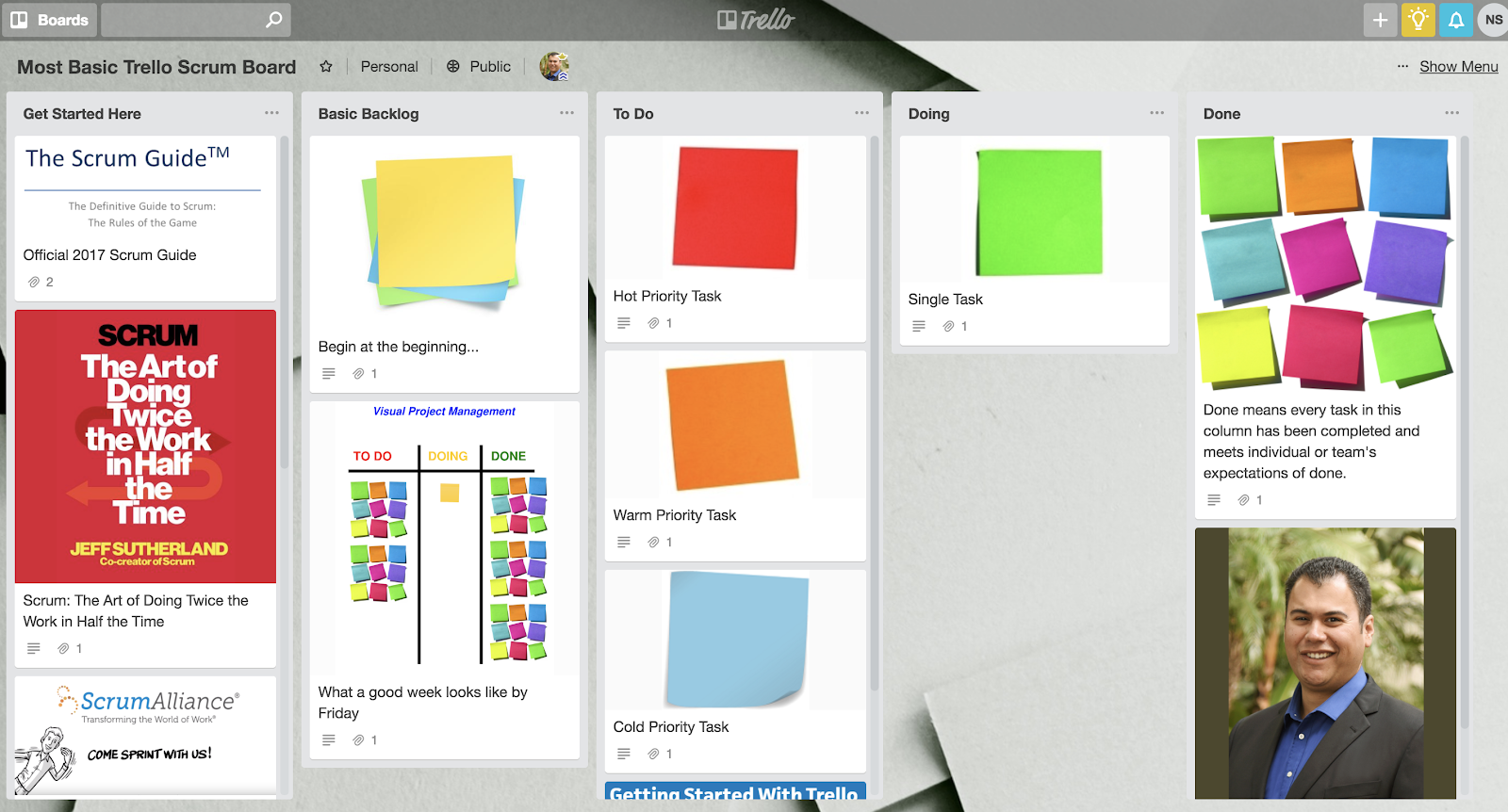 Figure 2: My Digital Scrum Resources Board


My digital Scum resources board will help get you started. It includes links to short videos that will explain Scrum in more detail. Every day, I work through the Scrum framework and even use it to teach others. It keeps me in a continuous improvement loop. It was designed to be a habitual PDCA for people “developing, delivering, and sustaining complex products by a single team.” So what’s happened since I discovered Scrum? Well, I changed and my velocity shows it! I’ve been able to use Scrum to sustain my ability to more consistently deliver value. Go more than twice as fast yet sustain Lean practice and professional development. How fast are you going to go? 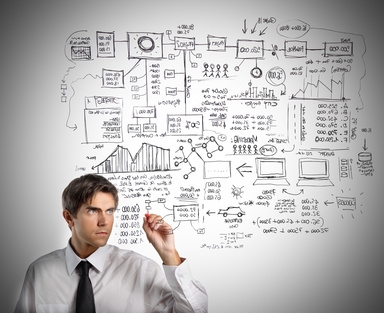 I still remember my first “aha” moment sitting in Glenn Ballard’s Lean Construction course. As both a PM and Superintendent on the Big Dig, I had struggled to figure out why some actions improved project performance and others made no dent in the chaos. That “aha” moment was my understanding how a lack of reliability impacts any process, and it brought perspective to all my prior successes and failures. All of a sudden, to get better results on any project, I had a lever I could focus on moving. 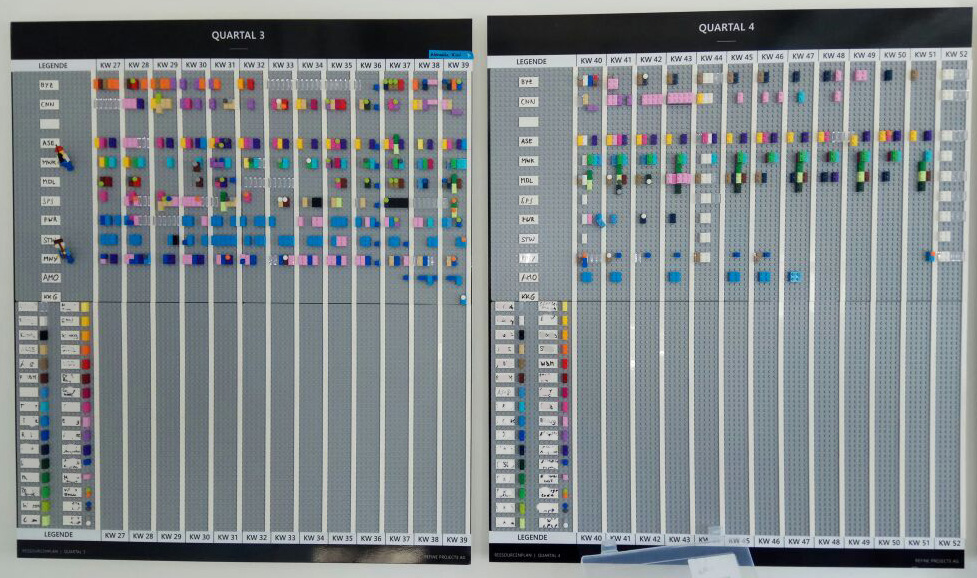 In an office, organizing the available resources and securing reliable commitments in the daily business is important. Especially in companies with different projects, an easy understandable overview of the resources allocation of the weekly work plan and the lookahead is very important. In our office we had a hard time organizing the team members that work on different projects away from the office. In some cases a team member becomes unavailable at short notice or there are changes in the projects which affect the allocation of staff. 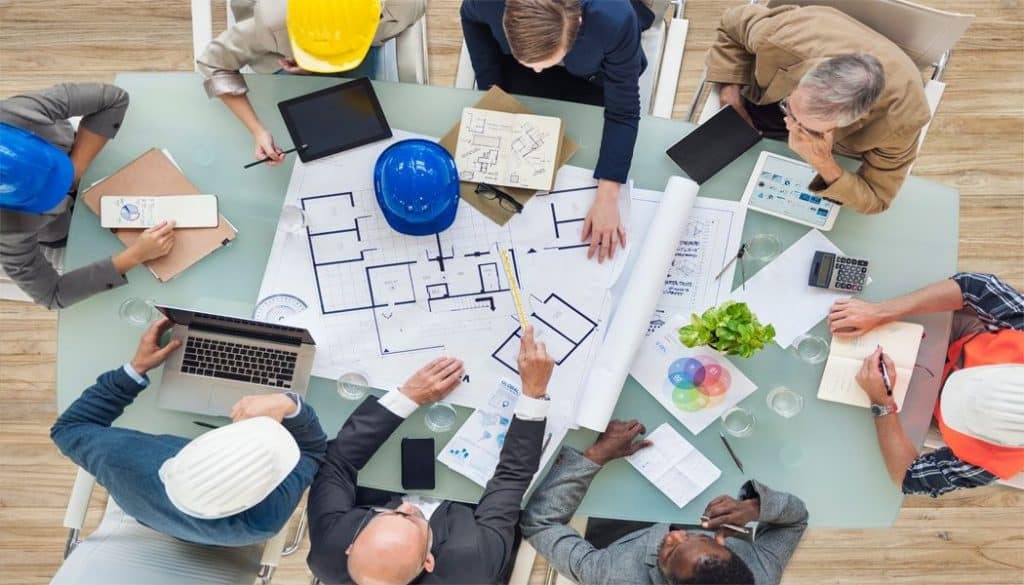 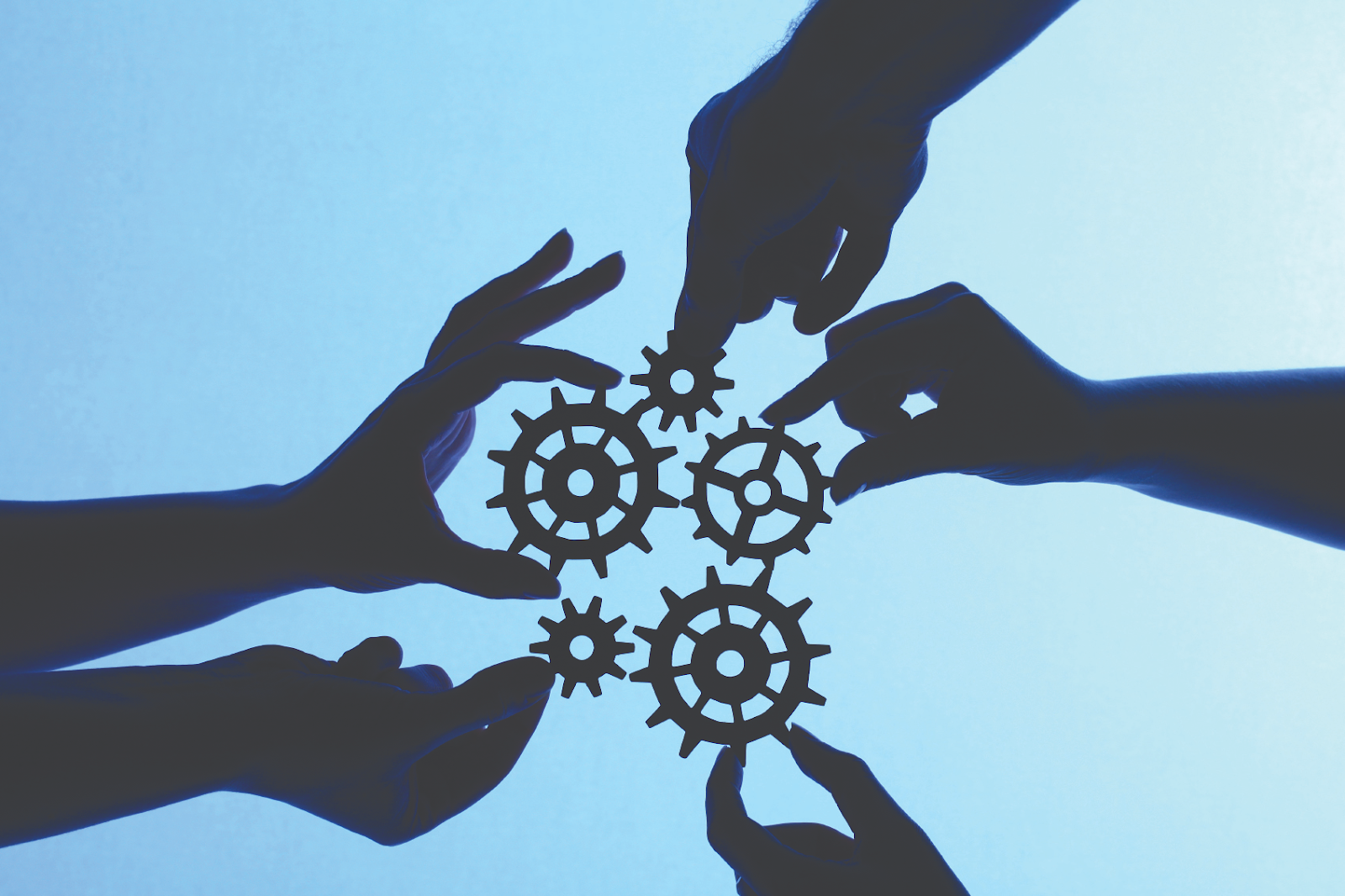 Felipe Engineer-Manriquez is a best-selling author, international keynote speaker, Project Delivery Services Director for The Boldt Company, The EBFC Show podcast host, and proven construction change-maker from million to billion dollar-sized projects and companies worldwide implementing Lean and Agile practices. Engineer-Manriquez helps people work twice as fast with half the effort - easier, better, and faster. Felipe is a Registered Scrum Trainer™ (RST), Registered Scrum Master™ (RSM), and enables change via blogging, coaching, social media, and his book, Construction Scrum. He is also a Lean Construction Institute Chairman’s Award recipient for his contributions to the industry. Connect with Felipe at https://thefelipe.bio.link/.