How to Control Informal Work Packages with the Last Planner System Recent research in Brazil identified that informal packages are executed frequently on construction sites, the exploratory studies estimate that about 30% to 35% of the tasks realized during the week were not planned and this percentage may have been higher if the Last Planner System was not implemented [1,2,3]. In this point, failure in the application of make ready process could be considered the main reason for the emergence of informal packages during the week.

An informal package is defined as a package that has not been planned at the weekly meeting but which ends up being executed during that week. Although these packages are usually neglected since it happens informally during the week and is not highlighted during the short-term and medium-term meeting, they can be detrimental to production, since their constraints are not usually removed systematically. It means that informal packages can increase Health & Safety concerns/risks, add additional activities that do not add value, change the sequence of construction tasks, increase the amount of unfinished works or reduce the quality. Others factors can explain the occurrence of informal packages, for example: (a) quality control is not integrated with production control; (b) construction is a type of site production where workers, materials and equipment move from one place to another in a large work area; (b) subcontractors normally put their interests ahead of the goals of the project because of traditional contracts that favor productivity rather than the termination of services, for example, contracts that pay per square meter executed.

The focus of this post is on highlight the root causes of informal work-packages and suggests how the Last Planner System can control it, since there are indicators that can be integrated into the routine of short-term and medium-term meeting to monitor the existence of these packages. This post presents an exploratory study carried out in a residential project in 2012. The point below presents two indicators that were developed to measure the incidence of informal packages. They can be integrated into the Last Planner System.

The Exploratory Case Study
The study was carried out in a small building company that had a production planning & control system based on the Last Planner System, but not very effectively. The project of the study was a horizontal condominium, with 238 semi-detached houses, divided into 31 blocks, with 6,8,10,12, or 14 units, 47,05 m² or 56,8 m² per housing unit.

In the preliminary phase of the study, a diagnostic was taken to identify how the Last Planner System was implemented in the project. It was identified that the make ready process had implementation failures, since it did not happen systematically and when happened, just materials and workers constraints were analysed. The short-term planning had problems related implementation failures, since the weekly meeting did not encompass team leaders. Other problem identified during the diagnostic phase was the failure on integrating quality and production control. Since the check if the task was completed during the week did not consider the quality criteria, just if the goals of square meter was achieved. It was shown that when the quality control was realized, tasks that were considered completed weeks ago needed to be reworked during the week as an informal work package.

The purpose of the next phase of the study was to analyze the level of informal packages in the gypsum plastering process. Figure 1 shows that the number of informal packages in relation to the total number (formal+informal) of work packages is highly variable. In addition, it is possible to identify the incidences of informal packages such as rework, unfinished work and new packages during the week. This suggests a dispersion of the teams on site, since the non-removal of constraints generated disruptions in the gypsum plastering service of a house, causing the teams to disperse in search of another unit that can be worked. Furthermore, the effect of rework and unfinished work packages was very similar, since they required a worker to move back to a previous workplace, and make fairly small packages, sometimes taking more than one visit. It is happen due to this packages frequently were not considered in the make ready process. 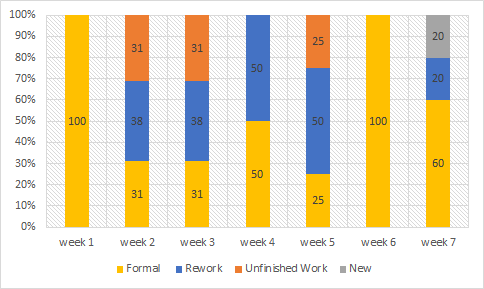 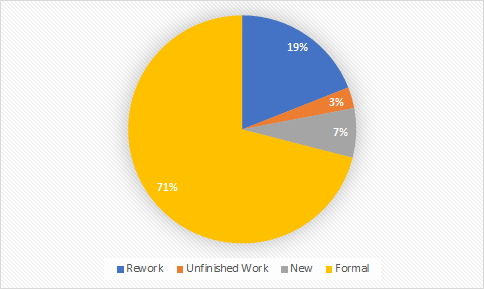 Conclusion
The quality of the antecedent service is one kind of constraints that the make ready process identify to remove before a task start. But, if there is failure to integrate the quality control with the production control or failure to implementing the Last Planner System in its entirety, informal work packages will arise during the week, as identified in exploratory study. In this point, the packages categorized into new were a result of the failure to implement make-ready process, since when a work team start the service without all constraints removed, they usually move to another work area with service front released. On the other hand, the packages categorized as unfinished work and rework were due to quality control, for example, when the task was considered complete without a quality check, the make ready process will not be effective, since the constraint “quality of the antecedent service” will not be removed. So, the make-ready process of the Last Planner System and rigorous quality control can help control the amount of informal work packages and rework. In conclusion, this study showed the importance of implementing the Last Planner System in its entirety and not to cherry-pick a few principles and practices of it, another important point is that monitoring the execution of informal packages during the week is possible to identify which principles or practices the management team should improve.

An Introduction to Set Based Design

Set-based Design (SBD) is a design methodology that has many applications in the architecture, engineering, and construction (AEC) industry. It was discovered when researcher studied the engineering and design process at Toyota [1]. Known as the “second Toyota paradox”, the researchers were surprised to find that Toyota considered a broader range of possible decisions, produced more physical models, delayed key decisions longer, and yet they had the fastest and most efficient vehicle development cycle in the industry. How Lean Leaders are Changing the Construction Industry

As an engineering professional a few years into my career, I’ve focused on building my skills in a way that allows me to contribute positively to my clients, my company, and the construction industry. I quickly realized that becoming a student of Lean would allow me to do just that. Through opportunities at my company, Southland Industries, and my involvement with the Lean Construction Institute’s Lean Leader group, I’ve learned how Lean practices can transform a project, and how important engaging the next generation of professionals is to full industry transformation. 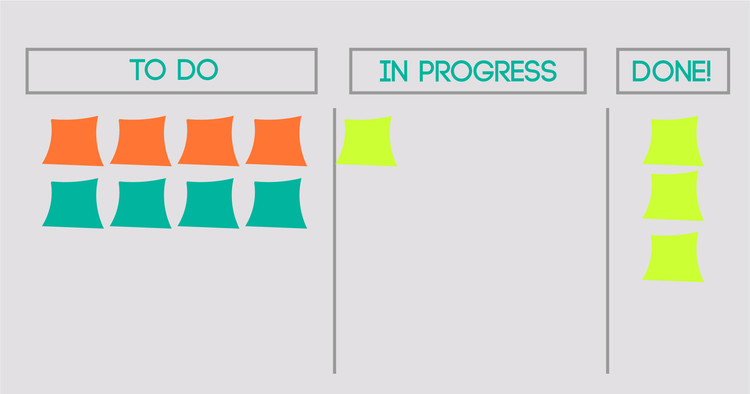 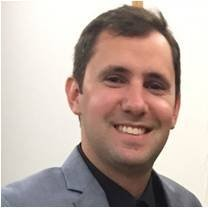