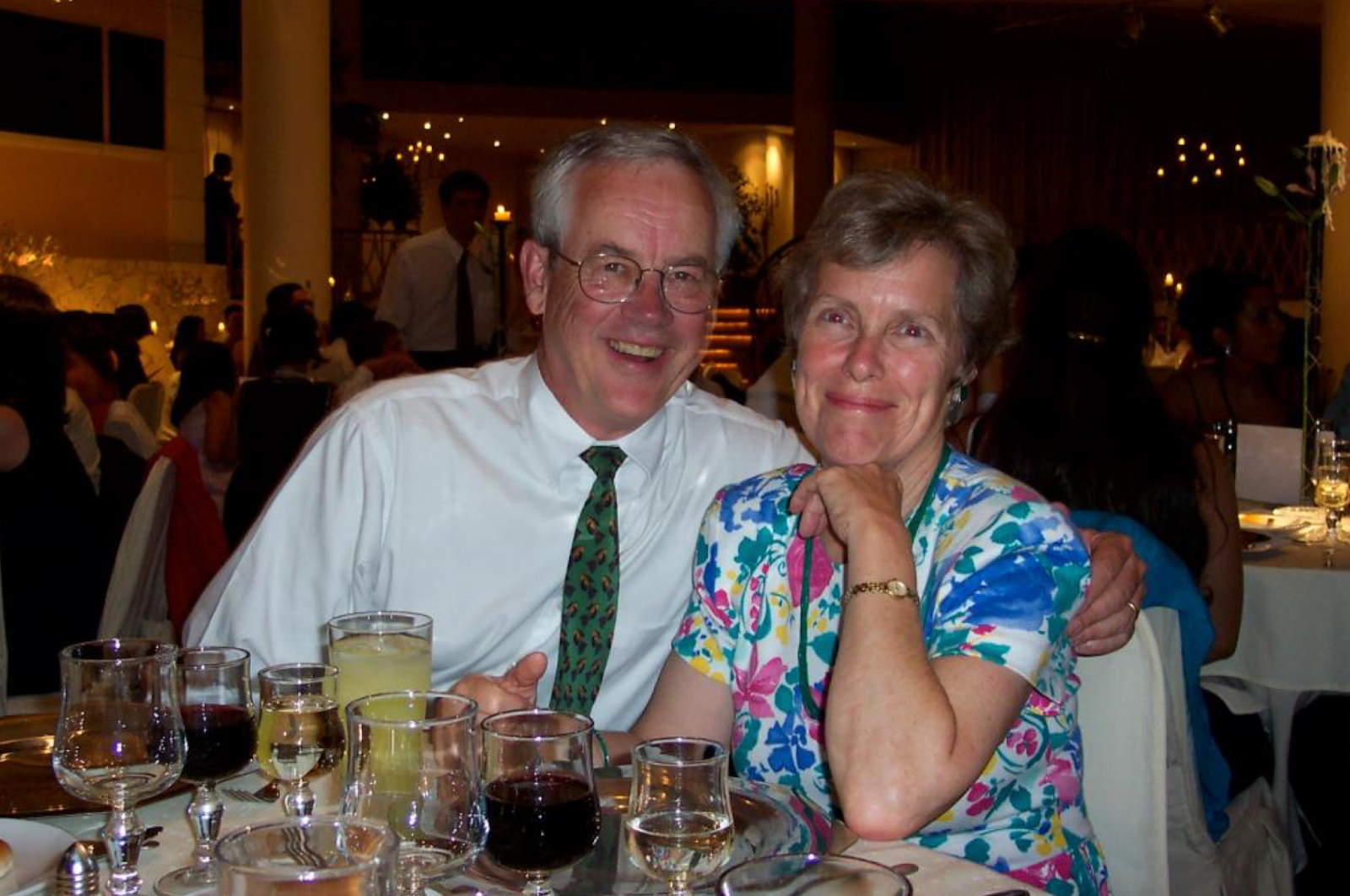 He was born February 3, 1943 in Springfield, Missouri to Alvin Hinshaw Howell and Joyce Howell. He lived in Independence, Missouri before moving to Scottsdale, Arizona when he was in high school. Greg studied construction engineering at Stanford, was a member of the ATO fraternity, and played on the university rugby team. After he graduated in 1965, Greg joined the Navy as a Lieutenant Commander in the Civil Engineering Corps and commanded Mobile Construction Battalion 11, better known as the Seabees. He served in Vietnam in Dong Ha and then led a group of 12 Navy men in a kind of Peace Corp role in northern Thailand for one year. After returning to the U.S. he served as Aide to Admiral Robert Wooding. Among his duties was recruiting on university campuses in full dress uniform amidst the rising protests against the war in Viet Nam.

In 1972, after leaving the Navy, Greg worked with Paolo Soleri at Arcosanti for a while, then returned to Stanford for a Master’s in Construction Engineering. Two of his instructors, Henry Parker and Clark Oglesby, had just authored a book on construction productivity improvement. Their teaching inspired Greg to explore more fully how to improve construction work methods, and in 1989, Greg joined his mentors as author of Construction Productivity Improvement. After graduating in 1973, he started working at Timelapse, Inc. in Mountain View, CA. Greg eventually took over the company and hired his future wife, Dana Langhorne, as office manager.

Timelapse produced cameras and projectors used to analyze work methods on construction projects. Greg went all over the United States and out of the country, selling his products, showing buyers how to use them, and also using them himself when hired as a consultant. One such consulting job was on a project in Venezuela where five buildings were underway simultaneously. Greg was hired to film the worst performing of the buildings. In a confusion of Spanish demonstrative pronouns (this one, that one), he managed to film the best building. That only became evident when he showed his film to the client, who was shocked at the obvious potential for improvement in work they thought could not be further improved. In later years, Greg said that seeing work on film revealed an entirely different world from what’s written in most textbooks. It is much messier, more complicated, and offers huge potential for improvement. That insight led him to start Howell & Associates, a consulting company, to analyze and improve work methods on construction projects. In the early 1980s, Howell & Associates initiated an All Parties Workshop in the San Francisco Bay area to bring together representatives of construction owners, unions, and contractors to find better ways of working together. Meeting together over several years helped forge bonds between individuals who may previously have considered each other enemies.

One way of changing attitudes was through ‘games’, another of Greg’s many talents. He used games to simulate problematic situations and promote reflection on better ways to behave. He learned a lot from Jerry Talley, a sociology lecturer at Stanford, and went on to invent or adapt many such simulations for use in teaching university students and industry practitioners. To name but a few: Parade of Trades (to experience the impact of variation and uncertainty on construction workflows and project performance), the Airplane Game (to teach basic Lean concepts and methods through assembling airplanes from lego blocks), and Silent Squares (teaches us to look for win-win solutions). 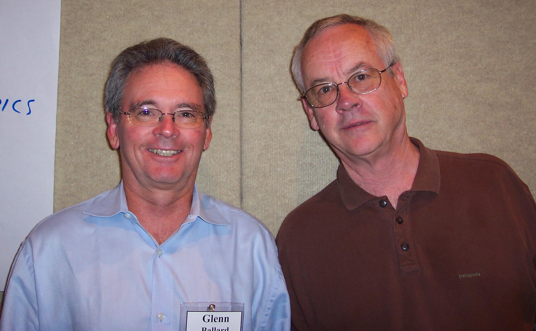 Greg and I first met on a project in Texas in 1979 and began a lifelong intellectual partnership, each learning with and from the other. In this first meeting, Greg was the teacher. The project was substantially late and over budget only 9 months from scheduled completion. Along with Mike Casten of Construction Concepts and University of Texas Civil Engineering Professors John Borcherding and Richard Tucker, they helped the project complete on time and budget, and made the cover of Engineering News Record. At that time, as one of the Brown & Root area engineers on that petrochemical project, I coordinated the activities of the consultant team. Naturally, Greg led efforts to improve work methods. In his teaching, he said that it was quite easy to improve how various operations, such as erecting fabricated piping, were performed, but much more difficult to see those savings in project financial reports. That insight was the springboard for Greg (and myself) to expand his focus beyond work methods to include the management systems and cultures in which the work is done. In a delay survey on that same project, craftworkers reported that half the time they asked for something at a tool room, what they wanted was not available. The project manager was, to say the least, skeptical, that shortages could be so high. Greg sat in tool rooms and counted. He found a turndown rate of 47% and became convinced that those closest to doing the work know best what is actually happening at the work face.

Another of Greg’s important contributions beyond work methods improvement may well have been bringing Fernando Flores’ language action into the Lean Construction movement. Along with Hal Macomber, a student of Flores, Greg claimed that projects were networks of commitments, and provided a process for learning how to make the reliable promises on which successful projects are grounded.

Greg and I began a long career of working together, both in consulting and in construction management research. These tended to intertwine, with practice spurring development of explanatory theory, and application of theory spurring further improvement in practice. In 1993, we were among the founders of the International Group for Lean Construction, primarily focused on learning how to apply Lean principles and methods to the management of construction projects and companies through research. We developed the Last Planner System of project production control, which was tested and improved on consulting projects, including a major refinery revamp in Venezuela in 1994-5, where we were joined by Mike Casten in again saving a project struggling to complete on time and budget. We came to understand that while we knew how to save such projects, we did not know how to prevent them from happening in the first place. Thinking that prevention was the right place to focus their efforts, Greg and I founded the Lean Construction Institute in 1997, in order to work with construction industry companies to develop and deploy Lean thinking and practice.

In 1986, Greg moved from California to Albuquerque, where he held the position of Visiting Professor, funded by the New Mexico AGC, in the construction program at the University of New Mexico. Intent on achieving tenure, with the help of Alex Laufer, Greg published the mandatory research papers. “Interaction Between Subcycles” examined the use of buffers to decouple construction operations, highlighting the importance of a production/operations management perspective. “Uncertainty and Project Objectives” reported that uncertainty regarding both what is to be built and how to build it were typically very high even after the start of construction. This theme of reducing avoidable uncertainty and managing within uncertainty not yet reducible persisted throughout Greg’s professional life.

In 1997 he left the University and moved to Ketchum, Idaho, and in 2001, founded Lean Project Consulting with Hal Macomber. Greg traveled all over the world and was involved in associations, academic institutions, businesses and all kinds of endeavor associated with the Lean movement.

Greg was a connector. He knew and maintained contact with an enormous number of people all over the world. Ask him who knows about

Lunch, Beverages and Snacks will be available. Livestream available.


My intention is to make this a non-traditional event for a non-traditional man. I would like two things to happen 1) to have people be able to meet and enjoy one another, and 2) to share reminiscences of Greg through written word, pictures, videos, or spoken word. I am going to get some people to interview you, either in a small group or as individuals if you prefer, and let you tell your stories of Greg – what you remember of him and what he added to your life.

Hopefully everyone will have some good memories and stories and will share good laughs (after all Greg was all about humor and laughter) and share some good food (Greg was also all about enjoying good food and drink). The other thing Greg did so well was connect diverse people together. I hope this will be an opportunity for you all to speak with old friends but also to meet some new ones that might have something to contribute to your lives. Glenn began lecturing on productivity and quality improvement at the University of California, Berkeley in 1989 and was named Research Director for the university’s Project Production Systems Laboratory (P2SL) in 2005. He co-founded the IGLC in 1993, the LCI in 1997, the P2SL in 2005, and Lean in the Public Sector in 2007.