What is the Internal Mechanism of Visual Management? 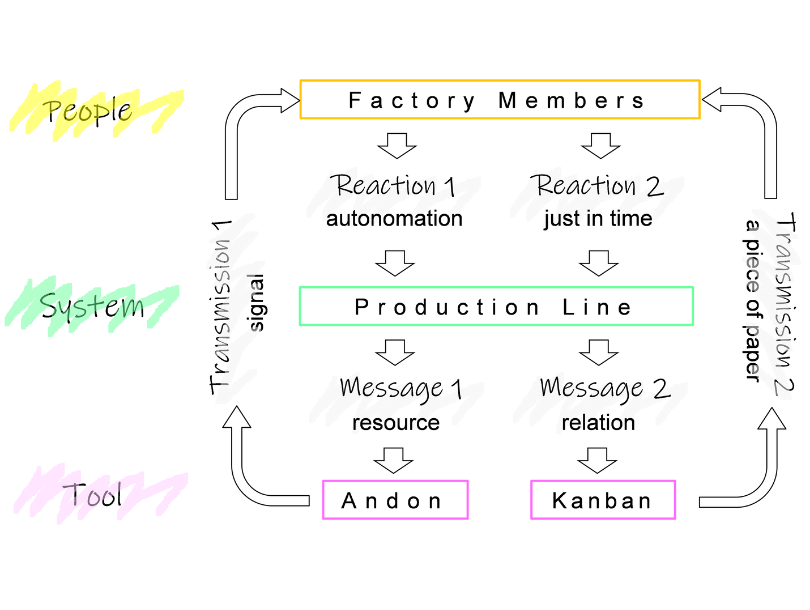 Regarding visual management, the central concern of practitioners is about the practicality of a tool. They often seek direct answers to the following questions: Which tool will help on their worksites? How can they best use a tool for improving productivity and safety even more? This article describes the internal mechanism of visual management. This concept helps to better understand the essence of a visual management tool. It offers the practitioners the opportunity of looking at their practices from a perspective, and thus seeing them in a new light.

Visual Management involves three components (Figure 1). The first element is ‘People’, as the main player of visual management. As you know, this management scheme is operated by humans, having the sense of sight. Therefore, the success of visual management depends on how to cultivate and utilize the abilities of people. Even if visual management superficially seems to progress to be digitally enabled, currently it is people who look at it. The second element is ‘System’, as a target of visual management. In general, a system is great for its given role but very unreliable for other than that. If encountering trouble or running out of energy, a system can't cure itself. Also, a system is very silent, it cannot speak. In the worst case, a system will stop without anyone knowing. So, either a system must be watched over or it needs to tell someone when bad things are happening. The image of a system here may be a machine and a robot, but it is not the only kind of a system. It may include human beings. Sometimes it's just human beings. In those cases, visual management needs to cover communication between people of the first and second element.

The third element is ‘Tool’ as a centerpiece of visual management. When you think about visual management, the first thing that comes to mind is a tool, such as visual boards, visual guarantees, and visual standards, etc. A tool stands and mediates between the two other elements to tell people something about a system. It is not just about telling but making it easy for people to understand and help a system.

The three elements above connect each other, and an internal loop in visual management operates as presented in Figure 2. Three designed items are needed to connect each element.

The first item is ‘Reaction’ between people and a system. A reaction is an action that people take based on the information they receive from the system via a tool. So, this setting determines the specifications required for visual management. If it is not clear, visual management will not work well because people don't understand how to help the system.

The second item is ‘Message’ between a system and a tool. A message is hidden in a system, and must be clarified when developing visual management. Whether representing good or bad, such as perfect outcome or unexpected accident, many messages represent special conditions. So, for developing a message, it is important to first understand what the normal and standard cycle is, and then extract a message from a specific point located in the cycle. The third item is ‘Transmission’. A transmission, a function embedded in a tool, is responsible for communicating messages sent by a system to the people who manage that system. When developing a transmission, various perspectives need to be considered, such as what medium to use and when to inform people. Expensive information systems are by no means the only good solution. Very simple mechanisms often attract people. 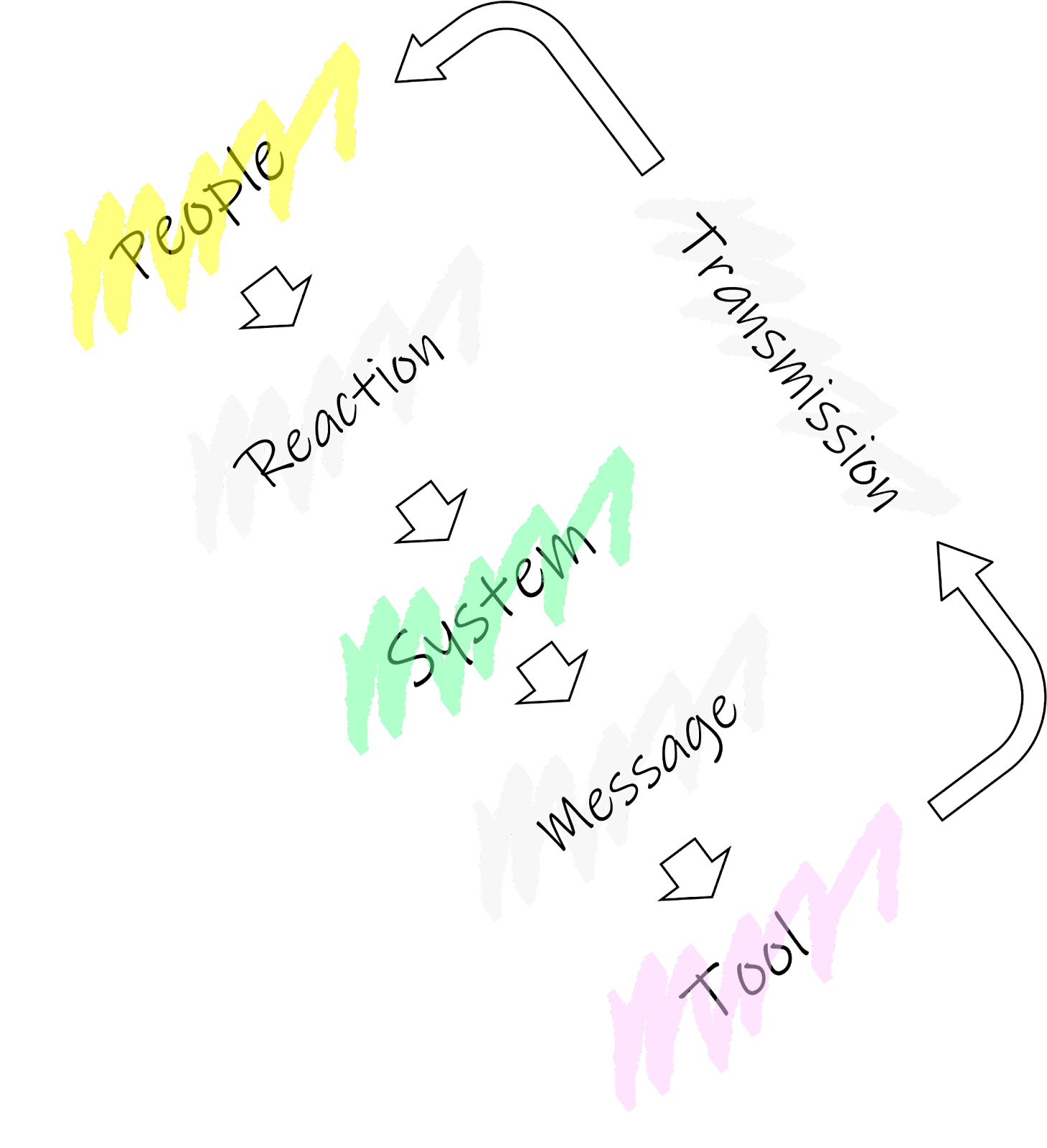 The Case of the Toyota Production System

Two internal loops are included in the Toyota Production System (TPS) as shown in Figure 3. The creator of TPS, Mr. Taiichi Ohno, likened a production site to a baseball team. What is important in team sports is the condition of players and the communication between them. The same is true for a production system: it is necessary to pay attention to the ‘resources’ such as workers, equipment and materials and the ‘relationships’ that connect them. Moreover, TPS hopes that factory members will be informed from a production system by ‘autonomation’ and ‘just in time’ and take actions quickly to solve the problems a production line has encountered. Then, in order to realize them, two tools have been developed in the TPS, ‘Andon’ and ‘Kanban’, with simple means of transmission, ‘a signal’ and ‘a piece of paper’. 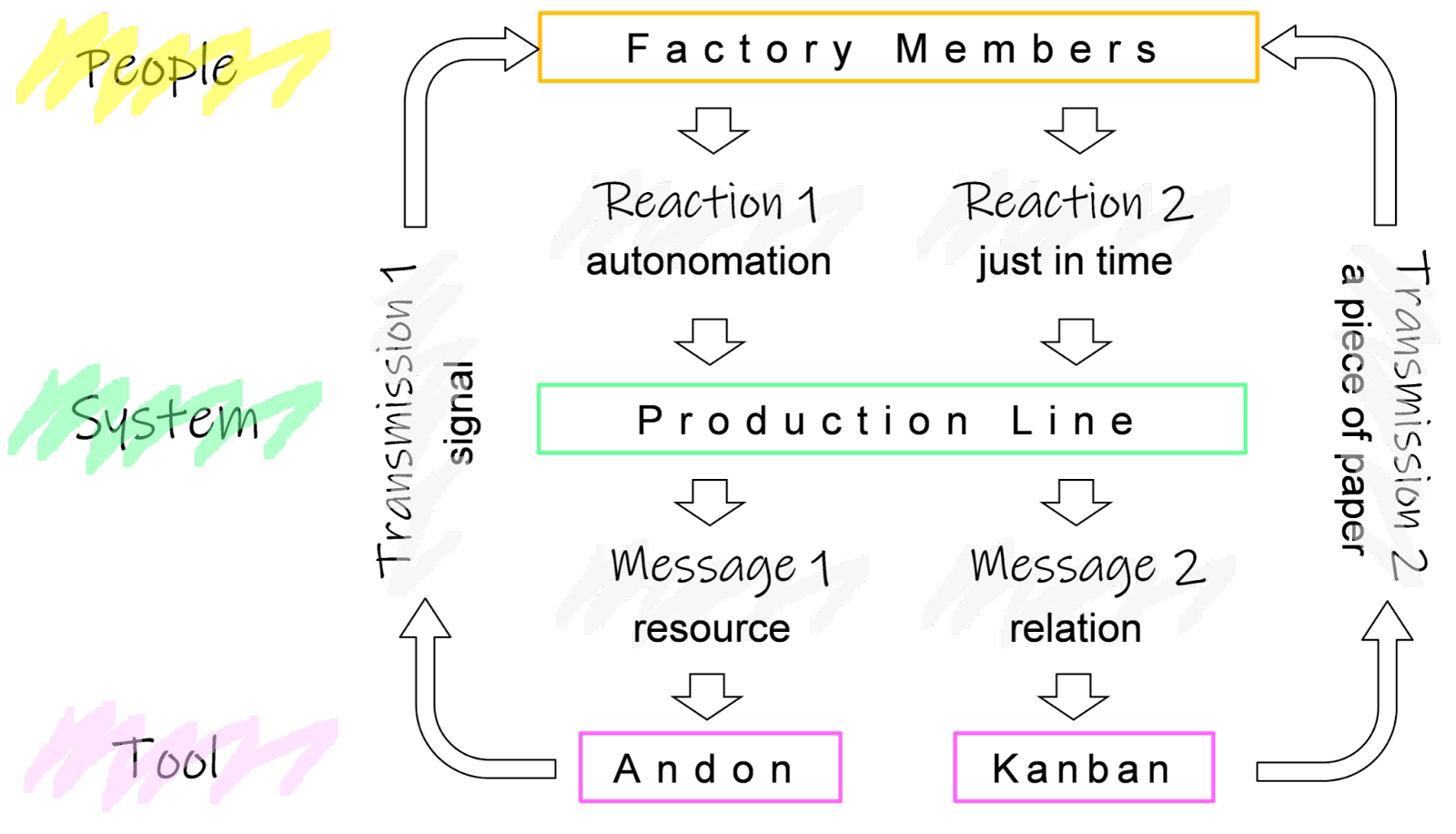 What kind of an internal structure does visual management used at your construction site have? By clarifying and improving that, it may be possible to realize more effective and efficient visual management. 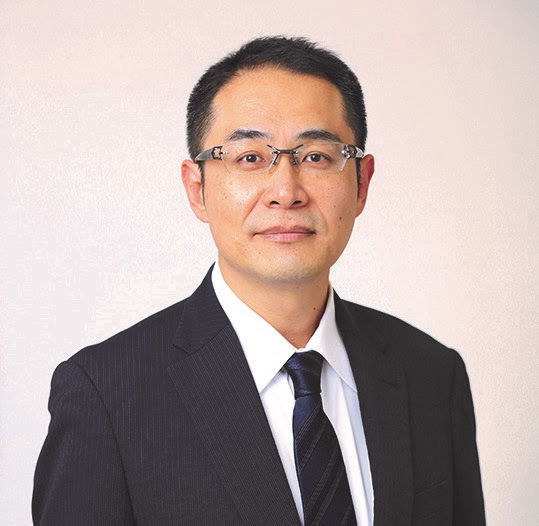 Koichi Murata is a professor at the Department of Industrial Engineering &; Management, College of Industrial Technology, Nihon University, Japan. His research interests include operations & production management, kaizen, lean, visual management, sustainable supply chain and others. Dr. Murata is an Editorial Board Member of some international journals, Advisory Board Member in international conferences, and has published articles in international academic journals. He was interviewed for the Associated Press (AP) about future society & industry.