The History of Lean Construction - Part 2 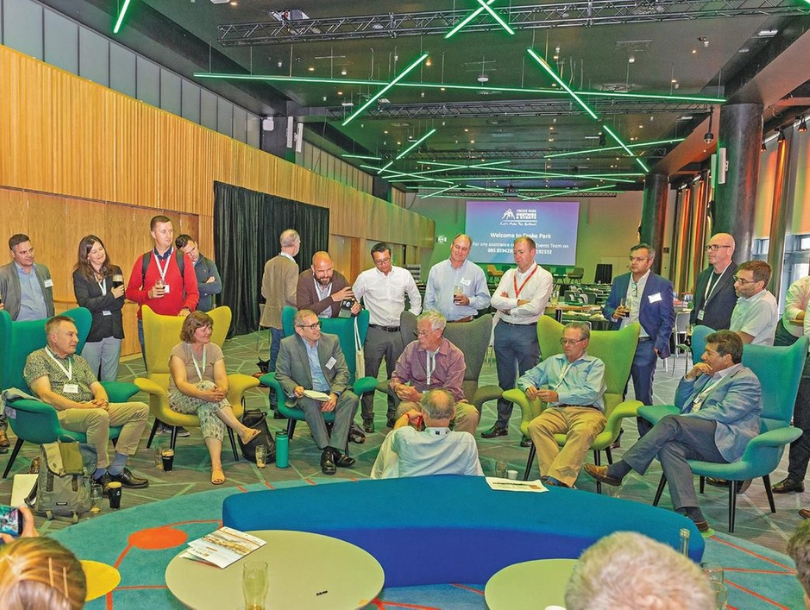 Lauri Koskela, Glenn Ballard and Greg Howell sit in a Meet the Thought Leaders session at the 2018 International Group for Lean Construction conference in Dublin. (Photo by IGLC)

The audience reaction was less than enthusiastic. One member stood during Greg's presentation and shouted, “You lie, you lie!” That sometimes happens when one challenges entrenched practices.

And that’s exactly what the Last Planner System does. It turns the entire concept of planning on its head because it allows people in the field to make detailed work plans. The approach is based on an observation that it’s those people and not the scheduling experts who really have the better information to make the best-informed work plans.

Like so many ideas, the Last Planner System evolved. As reported in the first post, it started in the 1980s with the concept Glenn called crew level planning. By requiring that front-line supervisors, Last Planners, who knew what work could be accomplished, plan their work week on that basis rather than what a project schedule dictated, they could more productively accomplish the work that needed to be done. This allowed weekly work planning and daily work execution to run more smoothly. Soon, a Weekly Work Planning system was developed.

With this Weekly Work Planning System came the Percent Plan Complete measurement, which Glenn presented to the Northern California Construction Institute in a paper he wrote in 1994. Simply put, it’s the number of assignments finished in a week divided by the total number of assignments made for the week. The Percent Plan Complete is complemented by a Pareto process using variance analysis to help project teams learn to improve their planning reliability. The Last Planner System includes feedback as a mechanism to improve, and it was this feedback that allows teams to make breakthroughs that led to large productivity gains.

Two more steps in the evolution were Make Ready Planning and Phase Planning. The make ready process was first described in print in 1994, in an IGLC paper by Glenn and Greg entitled “Stabilizing Work Flow.” They had been working on the make ready process since the 1990s after realizing that a project could have a perfect Percent Plan Complete results and still fall behind schedule. In these cases, higher productivity outpaced having the necessary materials to move to the next part of the project. Make Ready Planning helped solve that problem with better preparation.

Phase Planning was developed later in the 1990s. The first instance of pull planning Glenn remembers is from a project team workshop for a Linbeck group project, at which Mike Daley, from the Neenan Group, suggested scheduling backward on the wall. That workshop occurred in 1998 or early 1999. Applied to the field, it continued the idea that people responsible for the work need to play a role in developing a plan they will understand and support. These phase plans are developed at a general level, with more operational detail added as work and the need to be informed became necessary.

Since Glenn’s doctoral thesis the Last Planner System continues to evolve, with contributions from many people. Recently Glenn and Iris Tommelein from the Project Production System Laboratory (P2SL) released the 2020 Current Process Benchmark for the Last Planner System of Project Planning and Control. It’s like that the system will never be fully complete, being subject to ongoing continuous improvement.

The Last Planner System is based on the understanding that people need clear, productive conversations about their commitments to perform work, and their requests need to be addressed so they can make those commitments. The Last Planner System is a framework for having those conversations, so people understood the requests and commitments. For many project teams it is the primary Lean Construction practice they utilize, often with valuable benefits.

I witnessed the benefits of the Last Planner System twenty years ago on two projects. These were short-term, 10-week summer dormitory projects, affectionately called “summer-slammers." One project was a complete gut of a building’s interior, with new walls and finishes, mechanical, electrical, plumbing, and fire suppression systems. We had solid metrics on expected project costs from previous renovation phases and realized significant savings. In addition to saving more than 15% on construction costs, teams were completely demobilized when the students arrived on campus versus the past experiences of carpenters finishing baseboard installation and painters touching up walls as students lugged luggage into their rooms. The project engineer responsible for managing the Last Planner System with the trade foremen even had time to take a one-week vacation in August, something normally unimaginable for this type of fast-track project.

The value of collaborative genius is the most important contribution the Last Planner System makes. When people think about Lean, waste reduction, efficiency, and productivity as primary benefits often come to mind. Those are significant benefits, and yet as Greg reminded us in a 2016 article for the Autodesk Redshift Post, “We will be best as a community when we bring power to the edge.” It is important to always remember this reminder that Lean is at its core about being our best as a community.